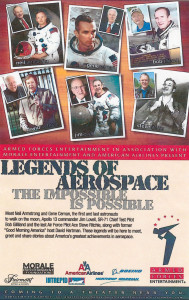 Tens of thousands of troops had the opportunity, many down range, to spend time with these Legends of Aerospace. These are some pictures from the tour.